History and passion of 3 generations

Life is like riding a bycicle: to keep your balance you must keep moving. (Albert Einstein) 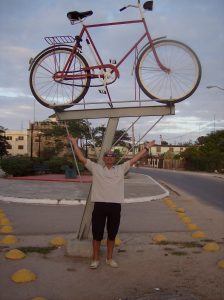 My first working experience with bicycles started in the 1970’s when following the passing away of my uncle Bruno, I took his place in the shop to help my father Aldighiero.

I remember that this period was an epical turning point for bicycles, from being considered just a simple means of transport, it became seen as a means of recreation for leisurely bicycle rides for sport and as a hobby.

But let’s take a step back. Just before the second world war more precisely in 1937 my father Aldighiero and my uncle Bruno decided to start up the shop that could satisfy the needs and requests related to the world of the bicycle: originating in Orbetello “la casa del ciclo” located in the same place as it is now at a distance of more than 80 years away.

Soon enough it revealed the right choice. At that time cars were a privilege of the few and therefore the bicycle was an accessible means of transport, and not only but also from a sportive point of view, cycling became very fashionable with a following comparable to that of todays soccer. 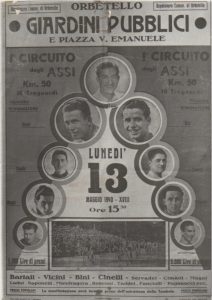 In orbetello the famous “Ride around the Walls” was held and all the enthusiasm for cycling culminated with the festivities of may, during which was organised the Circuit of Champions where all the professionals of cycling at that time participated, like Bartali, Magni, Cinelli Girardengo, Bini and many others including my uncle Luigi, a good professional and provincial champion known and admired in the whole district to the point where they even came to train with him, a good friend of Bartali and Magni. 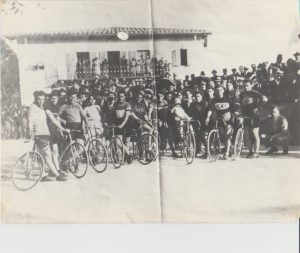 During this period “La Casa del Ciclo” was frequented by well-known cyclists and it became a point of reference.

Then the second world war came and even during this sad time “La Casa del Ciclo” remained a certainty in the cycling world of bicycles, also because bicycles became the principal means of transport for women who got called into the factory (the old Sipenobel Factory) in place of the men who got called to arms and also for italian and german airmen who lived in Orbetello. 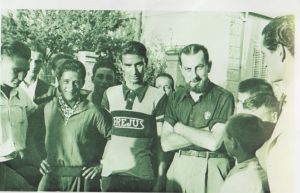 When the war was finished and after a time break and a general reorganization, it was in the 50’s before you could see a recovery in the market, bicycles remain an asset not accessible to everyone.

It was in the period of the notorious film “thieves of bicycles” and also during the 60’s after the boom of automobiles that the bicycle was still considered a means of transport for going to work. Only after that it was acquired as an asset destined towards sport and recreation.

Today I have nearly come to the end of my working experience and I collaborate with my sons Riccardo and Alessandro so that they can carry on the family business, happy to have passed on to them the same emotion that my father handed down to me, or rather the love and passion for cycling and bicycles.